A Tour of Pearl Harbor 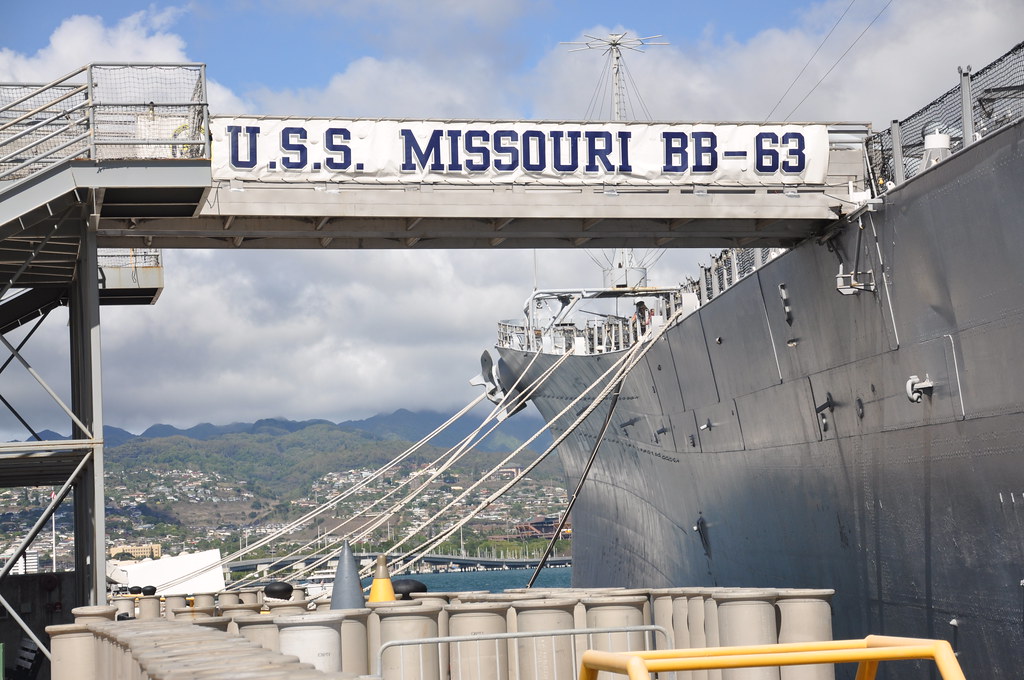 Over the years, we’ve lived in some interesting places and each possessed a unique history but none quite so personal as Oahu’s Pearl Harbor. My paternal grandparents moved here in the summer of 1941 with the United States Navy and were here when Japanese planes dropped bombs on this tiny tropical paradise in the middle of the Pacific Ocean. As with any act of war, the reverberations are felt long after the smoke clears and casualties assessed. For me, there is a familiarity to this place because I grew up hearing hearing eye-witness accounts of that fateful day which, indeed, lives in infamy. 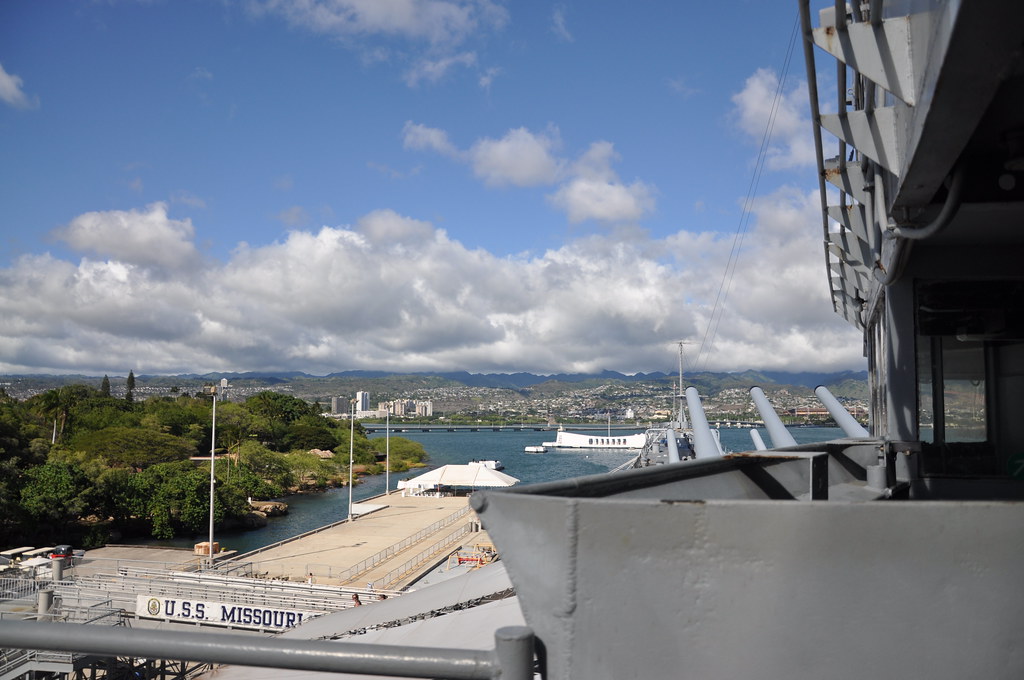 My grandparents married the last day of August in 1941 and after a brief honeymoon, parted ways (the first of many partings, as is the life of a military couple). The Navy sent my grandfather to his very first duty assignment to the USS Detroit (CL-8), an Omaha-class light cruiser whose home port was Pearl Harbor, Hawaii. My grandmother traveled to San Francisco and rented a room on Green Street for several weeks while waiting for the Navy to authorize dependent transportation so that she could join her husband in Oahu.

At last, she and other dependents departed San Francisco for Hawaii on a passenger ship, Lurline, which was under the command of the U.S. Naval Reserve. On a side note, my father found that my grandmother kept a printed menu from her time aboard the Lurline. Indeed, I inherited my appreciation for fine food from my lovely grandmother. The choice of entrees: “Brook Trout Saute with Brown Almond Butter” or “Broiled Filet Mignon, Fresh Mushroom Sauce.” Perhaps she would be proud to know that her granddaughter is writing a cookbook and pens a website with countless recipe posts. Here’s a picture of my grandparents when they were newlyweds in 1941: Here are a few of my grandfather:

Once reunited, my grandparents rented an apartment on Saratoga Road (just 23 miles from my doorstep). It was a grand time to be in Hawaii and I found several neat YouTube videos with footage of Honolulu prior to the attacks. My grandparents often talked about the beaches, luaus, flora, and fauna.

It was during this time that my grandfather started his tradition of bringing my grandmother a cup of hot coffee (and often toast as well) when she awoke in the morning. They would sit together quietly and contentedly while sipping their morning coffee and reading the paper. This is, perhaps, my favorite memory of my grandparents together. It seemed to me as a child, and does so still, that there was no finer expression of true and lasting love than to begin each day in such a way.

One Sunday morning in December, my grandparents were partaking in their little morning ritual of sharing coffee, reading the paper, and listening to the radio in their Honolulu apartment when they heard explosions. Before long, the radio interrupted the programing to announce that Pearl Harbor was under attack and that all military personnel should report to their units immediately. My grandfather got into uniform and left to his ship, Detroit. My grandmother hid in the shower in order to stay away from the windows.

I have driven the route my grandfather took that horrible December seventh and visited the USS Utah Memorial. My grandfather could easily have perished that day and had that happened, my father, sister, and I would never have been born.

It’s very strange to stand in such a beautiful place and to be fully aware of how my grandfather’s ship assignment (a mere piece of paper) contributed to my existence. On the morning of December 7, 1941, the USS Detroit was moored at her base with Raleigh and Utah on the northwest side of Ford Island across from the Pearl City Peninsula. In the first minutes of the Japanese attack on Pearl Harbor, the Utah was hit by two torpedoes, which caused massive flooding and she quickly capsized. While the majority of her crew escaped, sixty-four men sank with her.

The Utah remains in the harbor and there is a small memorial near her now, which is where I stood imagining my twenty-something handsome grandfather running to the Detroit in the midst of chaos. He would have arrived after the Utah was hit and she might have already been on her side when he boarded the Detroit. No doubt the sky would have been filled with thick black smoke from the bombed ships as the Detroit sped out of the harbor. In spite of several close calls, the Detroit, got underway unscathed and set up anti-aircraft fire which accounted for several planes. The USS Detroit sailed around to investigate the west coast of Oahu for any indications of a landing by the Japanese. The path of his ship would have put him in view of the area where I now live, which was covered in sugar cane crops then.

The Japanese planes flew in waves from two aircraft carriers which were north and northwest of Oahu. The second group of planes in the first wave bombed Wheeler Field, where my husband now works. My grandfather and fellow crew members would certainly have seen the smoke from Wheeler in the distance. If you look in the photo above, you can easily see the Waianae Mountains and then the fertile valley below in which Schofield Barracks and Wheeler Field are nestled. The photo also shows a view of Ford Island from the decks of the USS Missouri.

Here’s a slideshow of the USS Missouri:

Here’s a slideshow of the USS Arizona Memorial:

I realize that discussing war, death, and destruction isn’t in keeping with my usual style on this website. We are privileged in most of the first-world to be able to go about our daily lives without any reminders of past or ongoing wars. I have never known that particular luxury as I was always keenly aware of my grandfather’s participation in World War II, my grandmother’s unimaginable fear as she hid in the bathroom of their Saratoga Street apartment not knowing if her husband was dead or alive, later when our country was attacked on September 11th, and when I married a soldier (now pilot).

« sometimes, no news really is good news The Steelers are on track to do a little worse after losing a »